locavore in spring: a tale of sweet potato stew 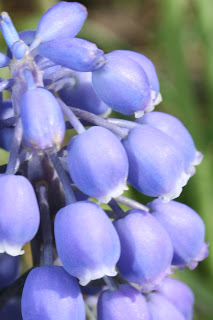 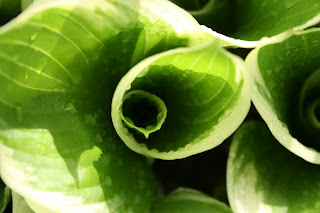 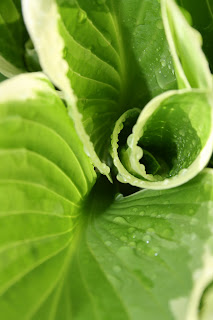 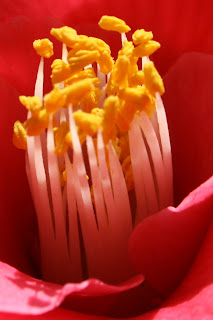 None of these backyard pictures is of food.  But that's part of the point.
March 21st :  the first day of spring.  I sort of missed it, but I imagine it’s OK to write about it anyway.  Since the change of seasons always means a change in food around here, I have a little story: a story of sweet potato stew.

About a month ago, I cooked a stew for dinner.  It included organic CSA sweet potatoes that I stored in a box for winter, onions and garlic from my winter CSA, farmer’s market ginger that I sliced and preserved in sherry months ago, farmer’s market corn that I blanched and froze in August, tomatoes that I canned in September, thyme that I grew and dried for winter, and finally, homemade chicken stock that I made and froze when local chickens were plentiful last fall.


This collection of ingredients, compiled over time, from so many different, but local, sources, gives a new meaning to the term hunter-gatherer, don’t you think?  We hunt out the farmer instead of the beast, we gather the food from the markets and backyard gardens instead of the forest.  We can it, dry it, cherish it.  Eventually, we get around to eating it.
Lest you think me too much of a purist, my stew included canned coconut milk from god knows where, and a lime, yes, a lime—a bold foreigner introduced to a surprised and suspicious pot of pale and sweet Virginia spuds.  No xenophobic potatoes, here, however.  The intrusions ultimately integrated nicely, adding a bit of exotic flair to the otherwise local fare.
Despite all of these different components, I think it only took 15 minutes to put that stew together.  The larger elements of its preparation simply came out of the fabric of our lives.  In the end, I made it because I had the ingredients, rather than the other way around.
My satisfaction in this kind of meal is deep, even visceral.  We enjoyed our dinner, and slept soundly, filled to brimming with winter’s bounty.  So you will appreciate my dismay when "tragedy" struck.  Steve woke me the next morning and said, “I have some bad news.”  Of course, my thoughts went straight to the kids, but Steve’s tone was apologetic, not panicked.  You don’t wake your spouse and calmly announce, “I have some bad news," then follow with,  "your daughter is missing from her bed.”  So I prepared for something more along the lines of a leaky roof, or the dog threw up on the computer.
What I got was: “We left the soup out all night.”  He said it like there’d been a death.
Oh no.  Not the soup.  The roof is fine?
We had to decide, can you eat chicken broth after it sits out all night?
When making these decisions, I have to weigh in somewhere between my food-safety-friend Kenny who will advise on the disposal of any food left unrefrigerated for more than an hour, and my husband, who will eat lunch meat of unknown origin out of the fridge as long as it “looks alright.”
We knew what we had to do,  but I couldn't face it, so I left to take Olivia to school.  The pot sat reproachfully on the counter, a forlorn ladle still resting against its side.  Like the day I got rid of our dear old dog’s bed while the kids were at school, Steve kindly removed all evidence of the ruined stew while I was away.
This stew, with its collection of labors, its compilation of anticipations, it’s flavor, its goodness, even its loss and my, should I say, grief? illustrates our relationship to food: as both sustenance and spirit.  A way of being that somehow also enhances the meaning of our being in the first place.
If anything, the feast and famine of eating seasonally lays bare that winter food is precious. Growing, collecting, storing, preserving and stewing, makes you intimate with what you're eating.  It makes you love your food.  At this time of year, we feel that love most keenly.
I used to regard March 21st as a blazing green light for everything spring in the produce aisle.  Eventually, as I began to buy more and more of my vegetables locally, I discovered that the start of spring isn’t necessarily the day spring vegetables become available.  It’s more like the day they begin to grow.
Consequently, this week didn’t find anything new on our plates.  I admit that the asparagus, lined up like crisply ironed soldiers at Trader Joe’s, sorely tempted me.  I considered bringing some home for Steve’s birthday dinner on Friday.  But the stems felt weak.  The label said Mexico.  Is that any way to celebrate a birthday?  Not really.


Whatever the sacrifices of winter, I am grateful for our way of eating.  If I was feeling any doubt, the news in recent weeks of something called pink slime in big food’s ground beef provided yet another justification for my convictions.  I posted about it at Opinionista! if you’re interested in reading more.
So, it is without regret that we'll eat stewed black-eyed peas, sweet potatoes and all manner of tomato-based pasta sauces a while longer, but I can tell you, with the flowers blooming in the yard, and the cans of tomatoes, salsa and peaches running low, we have begun to daydream, if not a bit desperately, about what might be unfurling in the fields down the road.
Posted by dwerrlein at 11:46 PM